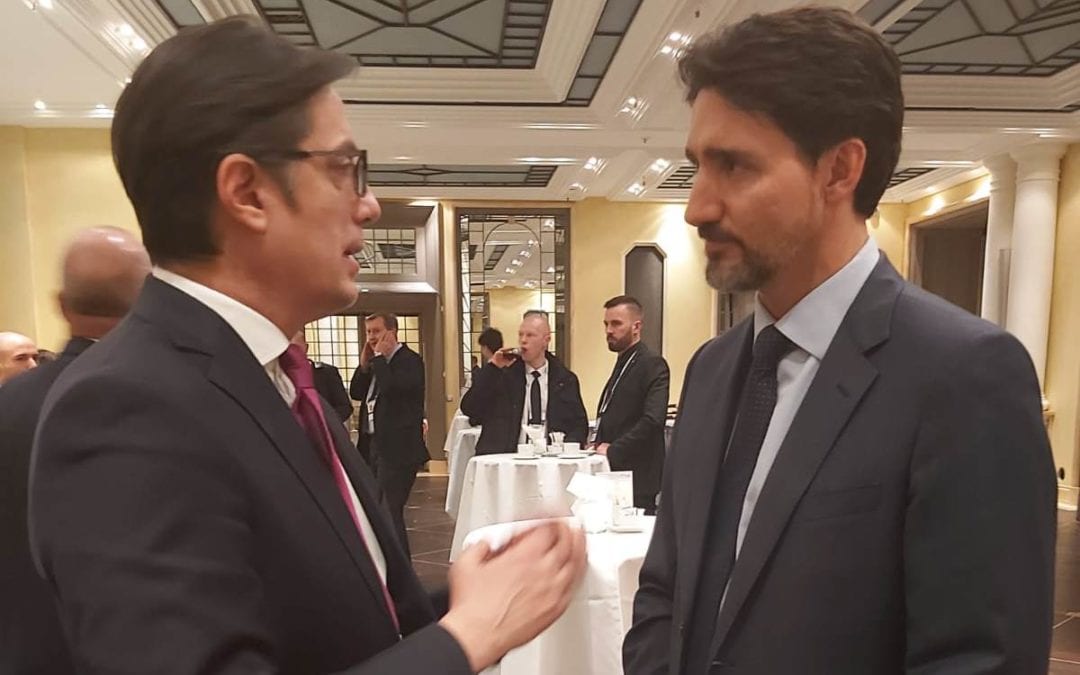 The meeting of President Pendarovski with the President of the Republic of Lithuania, Gitanas Nauseda, concluded that the relations between North Macedonia and Lithuania are traditionally good and friendly, with continuous political dialogue.

President Pendarovski thanked Lithuania for the ongoing support for the European integration of the Republic of North Macedonia and expressed hope that it would continue in the future.

The President underlined that it is crucial for us that the EU member states agree on the new negotiation methodology as soon as possible and that our country gets a date for the start of negotiations during the Croatian EU Presidency.

At the meeting, they expressed their readiness for development of economic cooperation, as well as for improvement of the contractual framework between the two countries.

At the meeting with the President of the Republic of Moldova, Igor Dodon, they exchanged views on the overall bilateral relations, stating that for more than two decades the two countries foster friendly relations and mutual respect.

Both interlocutors agreed that continued political dialogue with mutual efforts is needed to further enhance bilateral and multilateral cooperation by exchanging high-level official and working visits.

The interlocutors discussed the current developments in both countries, highlighting the two countries’ priorities for intensifying economic ties by signing intergovernmental agreements and commissions on economic cooperation.

President Pendarovski also emphasized the interest of North Macedonia in deepening and intensifying the cooperation in the framework of regional initiatives.

The meeting of President Pendarovski with the Prime Minister of Canada, Justin Trudeau, expressed satisfaction with the traditionally good cooperation between the two countries, based on shared values and partnership.

At the meeting, expressing his gratitude for Canada’s continued support for our Euro-Atlantic integration, President Pendarovski stressed the interest of the Republic of North Macedonia in strengthening political and economic cooperation in areas of mutual interest.

President Pendarovski stressed that North Macedonia’s NATO membership would contribute to the security, stability and prosperity of the entire region and thanked for the Canadian Parliament’s ratification of the Accession Protocol.

The meeting expressed satisfaction with the cooperation and successful dialogue between the two parliaments, which resulted in the establishment of a Parliamentary Friendship Group.