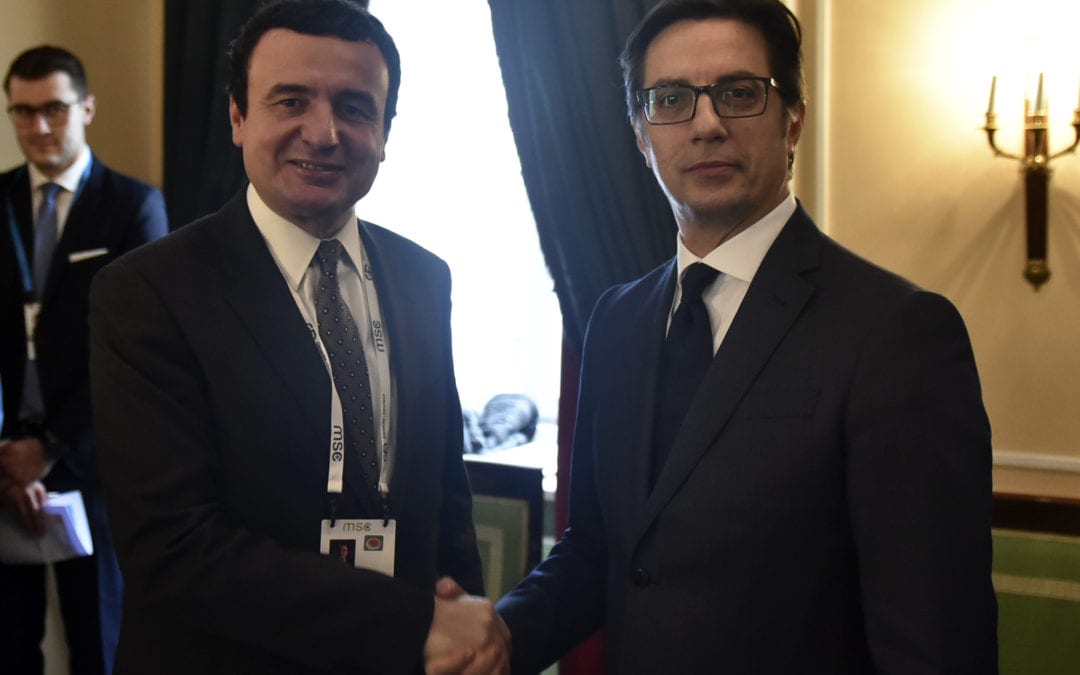 At the meeting with the Prime Minister of the Republic of Kosovo, Albin Kurti, President Pendarovski congratulated on the successful parliamentary elections and on the election of the new Government in Kosovo led by Prime Minister Kurti. President Pendarovski stressed that our country expects the new Government of the Republic of Kosovo to strengthen bilateral cooperation in all areas of common interest, underlining that it will deepen good neighborly relations that contribute to the region’s advancement, stability and security.

President Pendarovski stressed that Kosovo is one of the most important trading partners of North Macedonia, with trade free of customs duties, contributing to the development of the economies of both neighboring countries. To continue this positive trend, President Pendarovski expressed interest in holding the fourth session of the Joint Committee on Economic Cooperation in the coming period. Future joint initiatives as part of the regional cooperation were also discussed at the meeting.

The meeting with the Prime Minister of the Republic of Armenia, Nikol Pashinyan, expressed satisfaction with the recently established diplomatic relations, which is a new chapter in bilateral relations and new opportunities for further intensification of the political dialogue.

President Pendarovski stressed the need to establish a contractual framework by which the two countries could promote and deepen the bilateral cooperation in the fields of economy, trade, culture, education, health and other important areas of mutual interest. The Armenian community in North Macedonia, organized by the Macedonian-Armenian Friendship Association, President Pendarovski said, contributes to the enrichment of multicultural society and is an element of connection between the two countries.